Managing the sensors and actuators that serve as end devices in the Internet of Things is much different than managing network servers. Devices that are able to harvest energy from whatever sources are available, and that can communicate at variable rates and distances, will be the foundation of tomorrow's multi-trillion-node IoT.

You get used to technology people throwing around big numbers. After all, there's no hype like tech hype. However, every now and then, a number catches your attention. "One hundred trillion" is one of those attention-getting numbers.

That's how many Internet-connected sensors will be in the field and active by 2020, according to Jeremy Rifkin in his keynote address at the recent CeBIT conference in Hannover, Germany. Rifkin is quoted by Joe McKendrick in a March 25, 2015, article in Forbes.

Rifkin stated that three Internets are converging: communications, energy, and transport/logistics. The resulting Internet of Things operating platform will transform the economy and turn "industrial-era institutions" on their heads.

Practically speaking, how do you manage sensor networks with millions or even billions of nodes? Also, how do you power the sensors? And perhaps most importantly, how do you collect, analyze, and act on the data generated by the sensors?

The easy and obvious answer to all three questions is "with software." It's also obvious to say sensor networks bear little resemblance to server networks. Yet data from tomorrow's ubiquitous sensor networks will reside in the cloud and will integrate with "conventional" data networks.

IT departments will be charged with cobbling together these hybrid sensor/data networks, using best-of-breed tools, platforms, and services. Two of the technologies that will help stitch together tomorrow's bazillion-node network possible are energy harvesting and low-power radio communication.

Finding ways to allow wireless sensor networks to power themselves

One of the biggest challenges in managing sensor networks is scalability. Stacey Higgenbothom explains in a March 24, 2015, article in Fortune that sensors and actuators (the latter are devices that enable actions such as lock/unlock or open/close) can't be turned off when idle the way you can deactivate an unneeded virtualized server.

Many if not most of the networked sensors will be in the field, often far off the grid. They will be coupled with some amount of data storage, and likely a distributed-processing capability to allow some analysis of the data at or near the point of collection. The key is to create self-powering sensors via energy harvesting and other methods.

One such self-powered sensor being developed by researchers at Michigan State University leverages the physics of flash memory and devices to convert mechanical stress into energy. The technique, called piezoelectricity-driven hot electron injection (p-IHEI), uses energy harvesting to allow miniaturization of the sensors; the method is explained in a February 5, 2015, article on Technology.org. 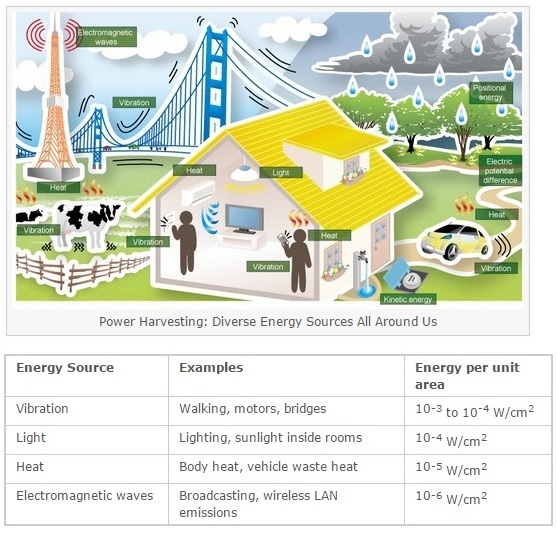 RFID, Bluetooth, and other low-range, low-power wireless communication technologies aren't optimized for connecting sensors into networks. A new standard has been proposed that is specifically designed for wireless sensor networks.

The LoRa Alliance, which made its official debut at the Mobile World Conference in Barcelona, Spain, in March 2015, is proposing a Low Power Wide Area Network (LPWAN) specification for Internet-connected devices. The spec calls for gateways to link end devices and network servers via various frequency channels and at variable data rates between 0.3 kbps and 50 kbps.

Efficient, centralized management of your apps, databases, IT operations, and business services in real time is available today, without the wait, when you use the Happy Apps application-management service. Happy Apps lets you set up rules so you are alerted via SMS and email whenever incidents or specific events occur. You can group and monitor multiple apps, databases, web servers, and app servers. In addition to an overall status, you can view the status of each individual group member.

Happy Apps is the only app-management service to support SSH and agent-based connectivity to all your apps on public, private, and hybrid clouds. The service provides dependency maps for determining the impact your IT systems will have on other apps. All checks performed on your apps are collected in easy-to-read reports that can be analyzed to identify repeating patterns and performance glitches over time. Visit the Happy Apps site for pricing information and to sign up for a free trial.

<a href=https://vsnolvadexv.com>tamoxifen citrate for sale

<a href=https://vsviagrav.com>generic prescription viagra without

<a href=https://cialiswwshop.com/>generic name for cialis</a>