Is Your Monitoring System Overwhelming You With Too Many Alerts?

Over the past few years there has been an explosion of new application and system monitoring tools. Yet companies still experience a void in regards to knowing the correct and meaningful status of their core business services and systems. They have invested heavily in monitoring systems like Nagios, New Relic, App Dynamics, etc. These Monitoring systems do provide a valuable service but are either too expensive or too noisy. By noisy I mean they just generate a constant stream of alerts that simply overwhelms the user and makes it difficult for them to identify an incident that genuinely requires their attention.

According to an IT executive at a publicly traded company who uses Nagios "on an average day, my email box is flooded with over 200 alerts, majority of which are completely unnecessary since they are simply repeating the issue with a system or service that has already been identified". He states, "due to this, its difficult to identify which alerts genuinely require his attention vs. what’s noise".

Other monitoring systems are overwhelming the user with too much data. They are flooding their monitoring screen with data charts for CPU usage, memory, IO, etc. But doesn't tell them if their core systems and services are meeting and delivering on the required Service Level Agreement (SLA). Most DevOps and IT orgs are looking for a service that provides them with a status of their core systems and services they can consume in an easy to understand format. They want to know at a macro level if their systems and services are performing according to the stated SLAs, or if there is an issue they need to be concerned about.

HappyApps was built to address these concerns. It’s a next generation cloud based monitoring service that delivers real-time status for your core Apps, DBs, and IT systems. It's unique noise reduction technology only delivers meaningful & pro-active alerts that require your attention. 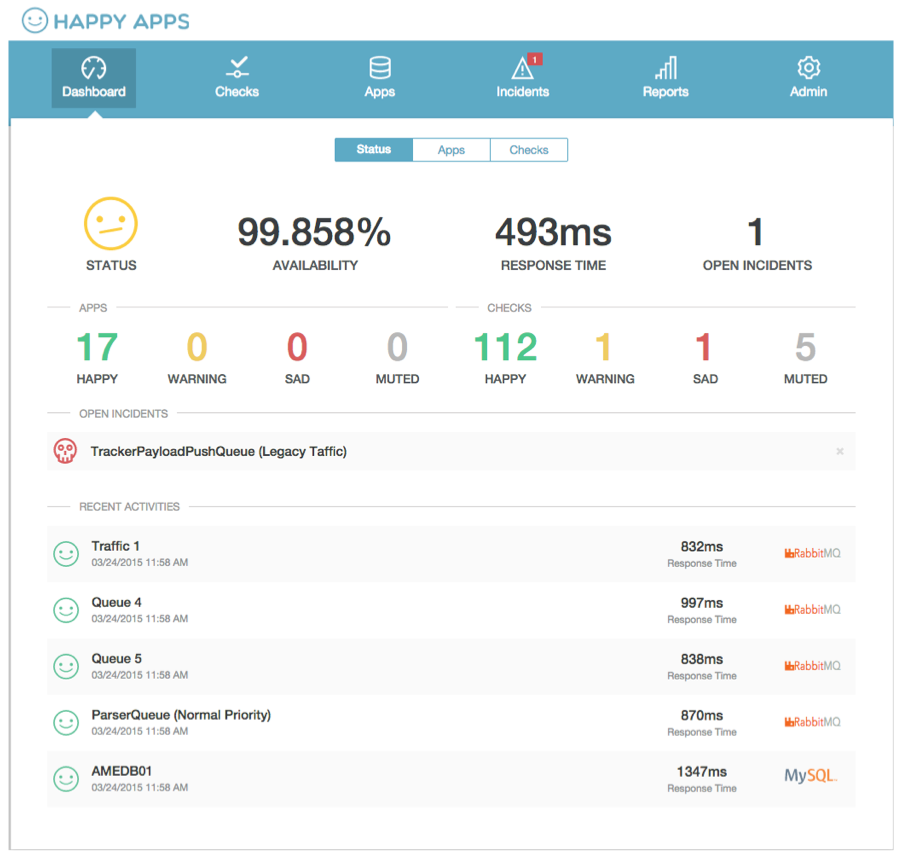 HappyApps is designed to work with Apps and Systems that reside in On-Premise servers, Public, & Private clouds. HappyApps supports both SSH and Agent based connectivity. You can start monitoring your systems for FREE with HappyApps by setting up an account at http://www.happyapps.io.

Share "Is Your Monitoring System Overwhelming You With Too Many Alerts?"

<a href=http://vsviagrav.com/>viagra by mail order

<a href=https://cialiswwshop.com/>can you buy cialis online</a>

BTC may be the latest or last chance to get rich in this era. It will reach $200000 next year or the next year. Think about only $2 a few years ago. Come to the world's largest and safest virtual currency exchange to reduce the handling fee. Don't miss the most important opportunity in life https://hi.switchy.io/5dyf